How long have Morgan been building cars? 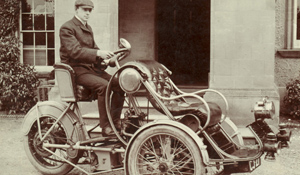 The Morgan Motor Company is more than a century old. The British motor car manufacturer that was founded in 1910.The Morgan sports car, with its flowing lines and nostalgic look, draws attention wherever it goes. Its owners, however, must answer a barrage of questions when stopped at a traffic light or parked in town such as, ‘It’s a antique?’ or ‘Is it a replica?.


Who founded the company? 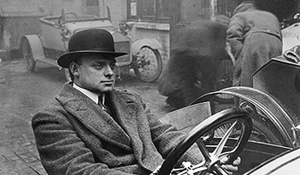 The Morgan Motor Company is a family-owned British motor car manufacturer that was founded in 1910 by Henry Frederick Stanley Morgan.

Who was HFS Morgan? 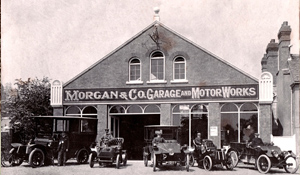 Henry Frederick Stanley Morgan (1881[1]–1959[2]), known as HFS, was an English sports car manufacturer and founder of the Morgan Motor Company (MMC) and its chairman from 1937 until his death in 1959.
With financial help from his father and his wife, the car was put into production at premises in Malvern Link adjacent to Chestnut Lodge, the house his father had bought him, and three single-seaters exhibited at the 1910 Motor Show at Olympia in London. In spite of great interest being shown, only a few orders were taken, and he decided that a two-seater was needed to meet the market demands. This was built in 1911, displayed at the 1911 Motor Cycle Show. An agency was taken up by the Harrod’s department store in London, with a selling price of £65

Were the first Morgans motorcycles? 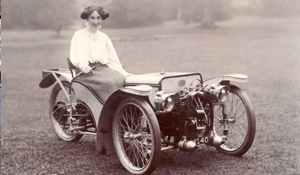 H.F.S. Morgan’s first car design was a single-seat three-wheeled runabout, which was fabricated for his personal use in 1908, with help from William Stephenson-Peach, the father of friends, and the engineering master at Malvern College.[6][7] Powered by a 7 hp (5.2 kW; 7.1 PS)[8] Peugeot twin cylinder engine (from an abandoned motorcycle project) cycle, the car had a backbone chassis, an idea retained for all following Morgan three-wheelers, and used as little material and labour as Morgan could manage.[9] A single-seat three-wheeler with coil-spring[9] independent front suspension, unusual at the time, the driveshaft ran through the backbone tube to a two-speed transmission (with no reverse),[9] and chain drive to each of the rear wheels.[10] The steering was by tiller, and it had band brakes.[10] It also had no body.[10]

Does a Morgan have a wooden chassis? 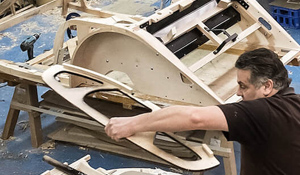 One of the great urban myths of the motoring world is that Morgan chassis are made of ash, but they’re not. Morgans have – and have always had – conventional steel chassis, but ash is used for the frame: the structure that supports the body…

What models has the Morgan Motor Company made since it began?

Since 1932 Morgan has created an assortment of models. H.F.S. Morgan’s first car design was a single-seat three-wheeled runabout, which was fabricated for his personal use in 1908. The Morgan F-4 was introduced in 1933 at the Olympia Motor Cycle Show. The F-4 had a new pressed-steel chassis the four-cylinder Ford Sidevalve engine used in the Model Y, and a four-seat body.
Morgan’s first four-wheeler, named the 4–4 because it had a four-cylinder engine and four wheels, was released to the public in 1935. Powered by a 34 hp (25 kW; 34 PS) 1,122 cc (68.5 cu in) Coventry Climax engine, and carrying a pair of rear-mounted spare wheels, the new two-seater 4–4 sold for 185 guineas (£194 5s). It proved popular, and a four-place model was added in 1937. The Morgan +4 was introduced in 1950 as a larger-engined (“plus”) car than the 4–4. The +4 initially used the 2,088 cc (127.4 cu in) Standard Vanguard engine (while the 4–4 had used a Standard Special 1,267 cc (77.3 cu in) engine).A version of the +4, the +4+, was made from 1964 to 1967 with a contemporary fibreglass coupe body. The light weight and reduced drag characteristics improved the performance of the +4+ over the regular +4 in every aspect. However, traditional Morgan enthusiasts did not embrace this departure from Morgan custom, and mainstream enthusiasts did not embrace the seemingly archaic +4 chassis. Only 50 were built. The 4/4 returned to production in 1955 when a suitable engine was sourced. Faced with the decreasing availability of large four-cylinder engines for use in their +4 models, Morgan began to install the recently available Rover V8 engine in their cars in 1968, giving these cars the model designation “+8”.In 2004, Morgan came out with a traditional styled model to replace the departing Plus 8. The Mk I Roadsters with the Ford UK Mondeo V6 produced 223 bhp (166 kW, 226 PS) at 6150 rev/min.In 2000, the Morgan Aero 8 was introduced and, as always, the wooden body substructure was ash. (Contrary to popular myth, however, the chassis is metal; aluminium for the Aero 8.) The Aero 8, with a BMW V8 engine in a car weighing less than a BMW Z4 and considerably less than a BMW M3.The Aero was followed by the Aeromax, a limited edition of 100 units produced between 2008 and early 2010. The Morgan Motor Company announced that they would launch the “3 Wheeler” in 2011 at the Geneva Motor Show.[ 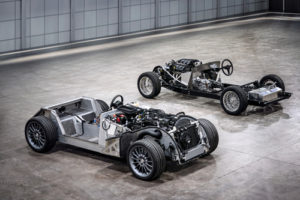 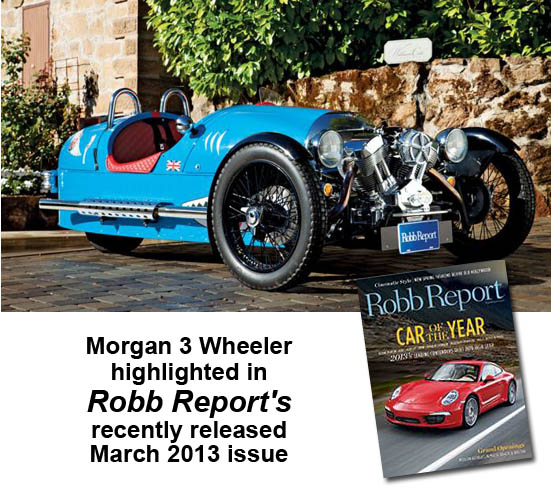