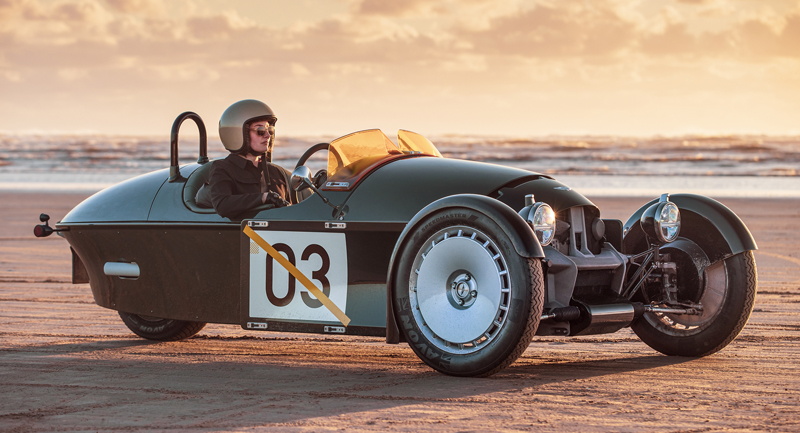 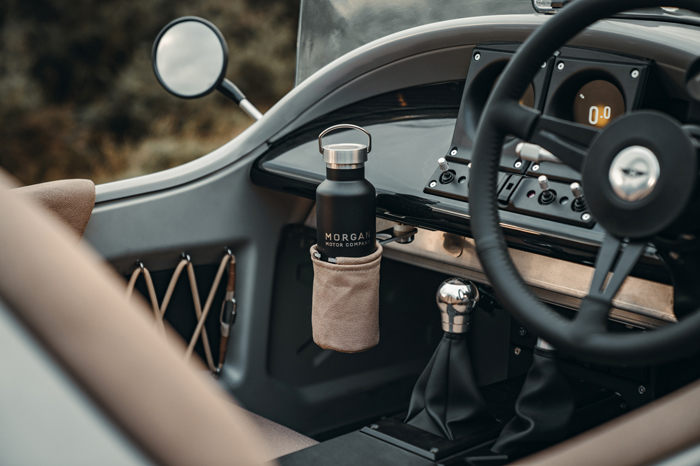 The Morgan Super3
The Morgan Motor Company today unveils Super3,one of the most intriguing and distinctive vehicles the company has ever built. Super3 has been designed from the ground up to offer new levels of character, thrill and adventure, principles that have defined Morgan’s three-wheeled product since the company was founded 113 years ago.

At the very heart of Super3’s personality is its driving character. Primarily, a three wheeled Morgan is a vehicle that entices you to get behind the wheel, offering a unique combination of mechanical feel, connection to the environment and visual differentiation from anything else on the road. Few vehicles will engage their occupants like Super3, which encourages owners to feel present in the craft of motoring and entices them to embark on incredible adventures.

Download a PDF file for an in-depth look at theSuper3 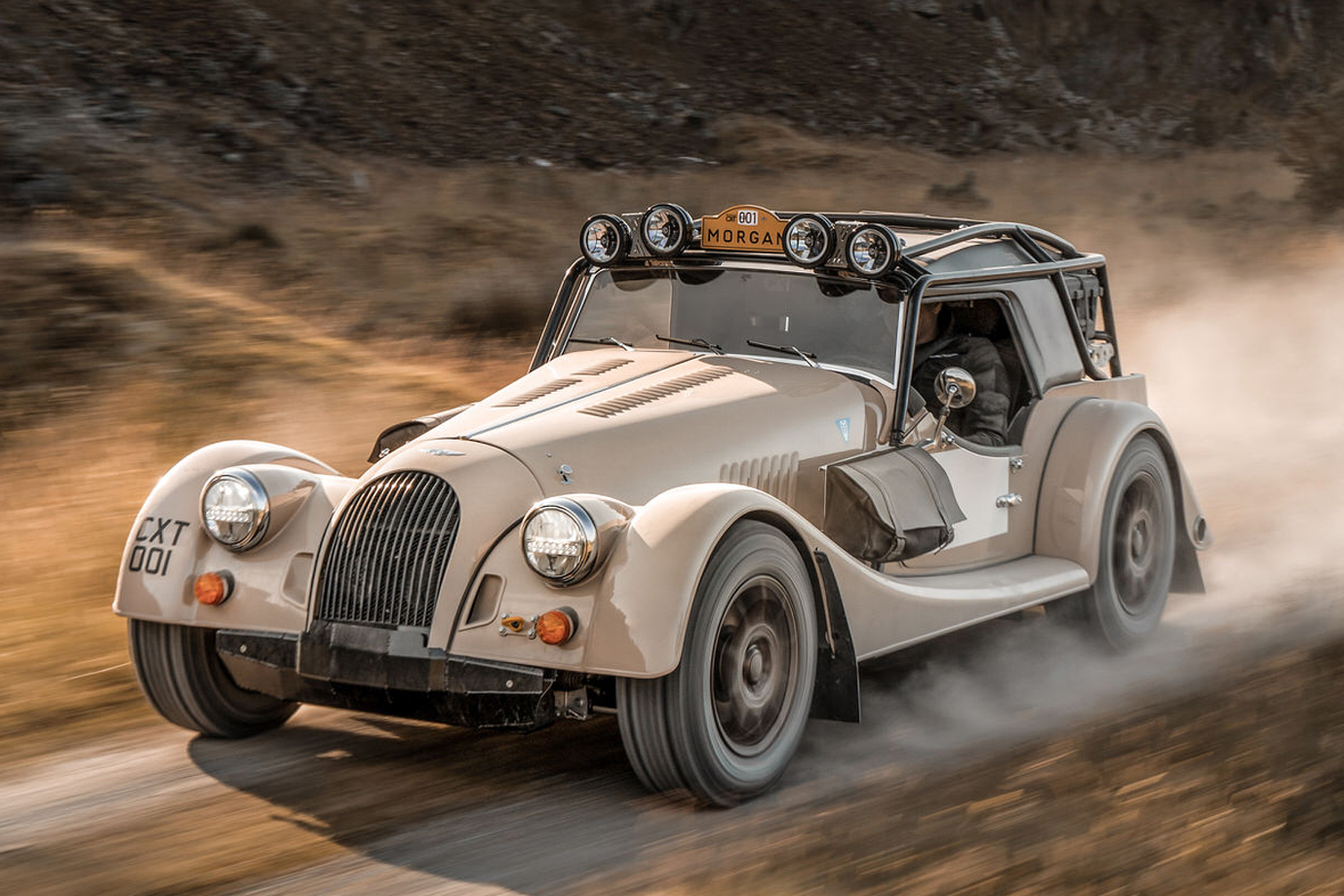 The Morgan Plus Four CX-T
Morgan unveils the PlusFour CX-T, a car with adventure at its core. A vehicle with capability not yet witnessed on a Morgan sportscar, it opens up the possibility of routes, landscapes and destinations inaccessible by Morgan cars until now
The Morgan PlusFourCX-T is a Morgan like you’ve never seen before, designed explicitly for overland adventure
The inspirations behind the model are rooted in Morgan’s historic durability trialling endeavours, and the adventures undertaken by Morgan owners through the decades
The PlusFourCX-T is basedon the CX- Generation platform, which was launched in 2019 and underpins the production-model PlusFour(andPlusSix)
The designation CX-T is derived from the use of CX-Generation underpinnings coupled with Morgan’s trialling provenance

When a design is as established as that of the Morgan sportscar, evolution must come before revolution. Since its launch seven decades ago, the iconic silhouette has become a defining feature of the car, and that’s not about to change.

No matter how fast you’re going, or what gear you’re in,the acceleration of the all-new Morgan PlusFour is effortless. This outstanding performance is thanks to the car’s exceptionally low weight–from just1007kg dry– and its BMW 2.0-litrefour-cylinder TwinPower Turbo engine, with either a six-speed manual or an eight-speed automatic transmission, produces 255bhp and up to 295 lbft of torque.

In the automatic variant, 0-62mph takes just 4.8 seconds (manual model: 5.2seconds), and the acceleration doesn’t stop until the car reaches its top speed of 149mph. In fact, performance of the all-new PlusFour is on par– if not exceeds, in the real world–that of the previous generation 3.7-litre Morgan V6 Roadster.
Call Dennis for complete details (310) 998-3311. 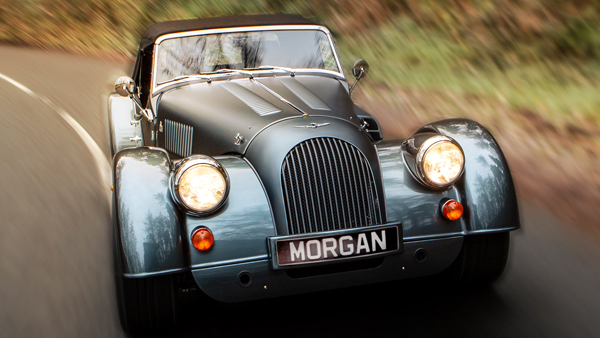 The Morgan Plus Six 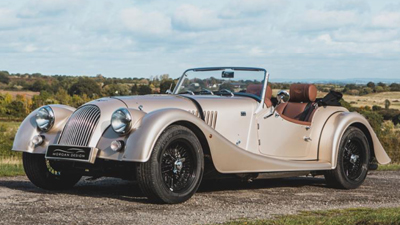 The Morgan Super6
Addictive power, unrivaled exhilaration and a true drivers sportscar, the Plus Six heralds a new era of performance and refinement for the Morgan range.
The Morgan Plus Six is, unquestionably, the most dynamically capable Morgan ever produced. The recognizable Morgan silhouette is underpinned by an all-new platform and industry leading power train technology; every component has been refined or redesigned to create an all-new model.
Call Dennis for complete details (310) 998-3311. 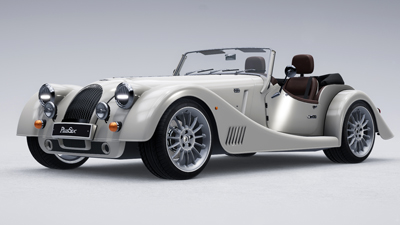 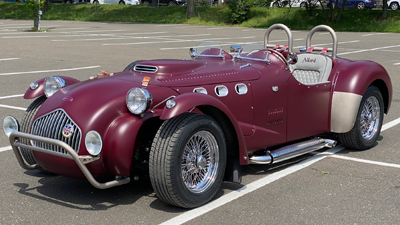 Allard Motor Works J2XMKII
The Allard Motor Works J2XMKII is a modern hand-crafted version of the famed British competition roadster that stirred crowds in Europe and North America in the early 1950s. Our modern version integrates the latest technology into the same design, to provide a safer, more comfortable and reliable vehicle than its predecessor, without compromising performance.
Click to visit the AllwardWest website
.